The “Metropolises: urban transformations” series is another outcome of the National Research Network at the INCT Observatório das Metrópoles which for over 15 years has been consolidating a national multidisciplinary networking of production of scientific knowledge, methodologies and tools for the investigation of the metropolitan question.

The metropolis of São Paulo

Aiming at offering the most complete analysis on urban developments of the country, thus serving as subsidy for the elaboration of public policies and debate on the metropolitan role in national development, this series shows the commitment and efforts of researchers of the Observatório in producing a networking scientific knowledge, focusing on urban planning and related areas. It comprises 14 books, 169 chapters and around 270 authors from a wide range of fields of knowledge, such as Law, Sociology, Geography, Administration, Statistics, Architecture and Urbanism, Engineering, Economics, International Relations, Mathematics, History, among others.

The books in the “Metropolises: urban transformations” series were supervised and evaluated by a Managing and an Editorial Committee formed by the following researchers:

Next, the presentation of the “Metropolises: urban transformations” series in the words of the National Coordinator of the INCT Observatório das Metrópoles, Prof. Luiz Cesar de Queiroz Ribeiro. 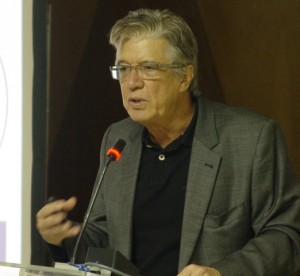 Since 1996 the Observatório das Metrópoles has been solely devoted to the investigation of the metropolitan dimension of the Brazilian urban question. It was established in 1996 as a project focusing on the metropolis of Rio de Janeiro and in 1997 joined the National Program of Excellence Nuclei (Programa Nacional de Núcleos de Excelência) – Pronex, in 2005 the Millennium Institutes Program (Programa Institutos do Milênio), and in 2009 the National Institute of Science and Technology Program (Programa Instituto Nacional de Ciência e Tecnologia) – INCT.

The 14 books we display in this site, “Metropolises: urban transformations”, form a collection addressed to the academic community, government actors and institutions, and to the overall society, showing the reflection of the Observatório’s researchers on the transformations in the main Brazilian metropolises over the last 30 years.

Thus, this collection results from an unusual academic experience in the Social Sciences area since it is a long-lasting, cooperative, collaborative and comparative research, that is, a Networking Research – which is more than a Research Network.

The cement of this experience is the concept, shared by the group of researchers comprising the Observatório, that any national development strategy is strongly subjected to the Brazilian society ability in facing urban, social and environmental challenges disclosed in a multifaceted and multi-scale way in Brazilian metropolises.

The results shown here point out that we are undergoing a historic moment conducive to the confrontation of these challenges as we have come into a new urban transition. The most visible sign of this transition is the massive decrease in the global demographic pressure that has marked our metropolization since the second half of the 1940s. On the other hand, we note that the difficulties to overcome the political atrophy of metropolises ̶ which could be surpassed if these metropolises were endowed with institutions with actual capacity of governance ̶ are still present despite the economic and corporate relevance these major cities have.

The greatest expression of this atrophy is the lack of metropolitan dimension in public policies and in the system of political representation. The urban question, when it emerges in the public bureaucracy and in parliaments, is conveyed by conceptions and models of sectorial and local action. There is, therefore, a technical and political orphanhood of the metropolis.

We hope that the results of the investigations conducted by the Observatório, which we now disseminate, may contribute with data, analyses and reflections that will lead to a better understanding of the nature, complexity and importance of these challenges to national development, serving as inputs for the construction of an unavoidable urban-metropolitan reform of the country as well. We claim it to be unavoidable since the results of our investigation empower us to affirm that metropolises synthesize the effects of the disjunction between nation, economy and society inherent in our historical condition of semi-periphery regarding the capitalist expansion, effects that are accelerated by subordination to the globalization ruled by the hegemony of financial capital.

In this scenario, it is imperative to adopt a national development strategy that shall respond to the needs of a different metropolitan model; otherwise, as a society, we will be doomed to a variant of the curse of Sisyphus: what the economy produces as the promise of individual well-being, the metropolis turns into collective malaise.